The 21 Century Paradigm Shift for Light and Gravity 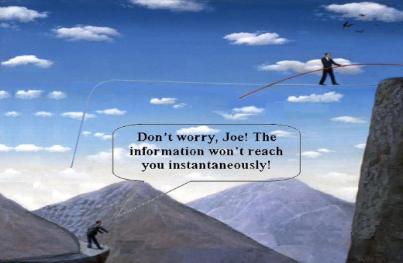 Putting mice and men in the proper perspective

A physicist is concerned with causes and mechanisms. A physicist works on trying to elucidate the invisible physical nature behind the phenomenon of gravity and not on the precise value of the acceleration of gravity.

It is as a result of being distracted by measurement accuracy and precision that non-physicists keep making the most embarrassing blunders in their equations. They later obtain careers as professors and bequeath these misconceptions to the next generation at the universities.

The Earth is not a perfect sphere. It is flattened at the poles. Therefore, the acceleration of gravity changes at different locations on the surface of our planet, especially when comparing North-South versus East-West. If you are standing on the North Pole, you will weigh more than if you measure your weight at the equator. You are not only closer to the center of mass at the North Pole, but you are also spun radially (centrifugally, outwards) with greater force at the equator. If the Moon orbited the Earth around the poles rather than near the equator, the calculation of its gravitational interaction with the earth would be a bit different. Non-physicists never realized this and still continue to place the cute little ‘r’adius in their equations. 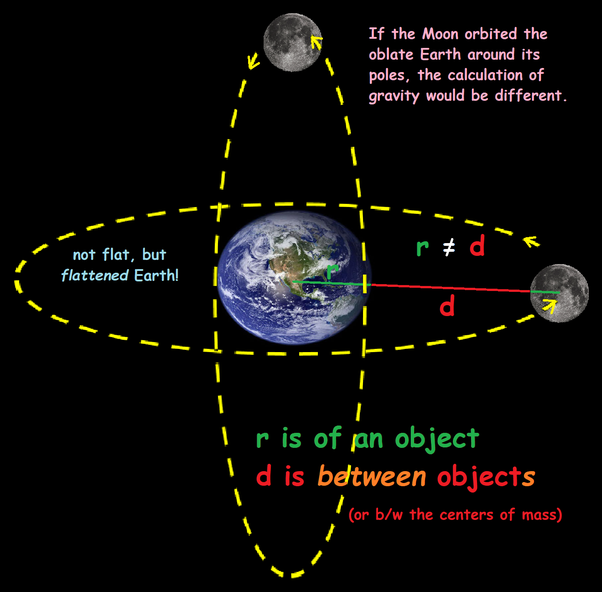 To a non-physicist, it makes no difference whether he talks about length or distance. As far as he’s concerned, these words are synonyms. He has to unroll the end of the measuring tape whether he measures the length of a turtle or the distance between two elephants. A non-physicist is unperturbed about qualitative matters and, as a result, he typically arrives at fantastic supernatural conclusions (black holes, dark matter, particles of mass dubbed ‘Higgs’, many copies of you in different universes, etc.) It is thus that he defines the word length in terms of distance and the word distance in terms of length…

length: “a measure of distance… the word length is synonymous with distance” (Wikipedia)

distance: a physical length… the length of the shortest possible path through space (Wikipedia)

In other words, a non-physicist pays little attention and a lot of lip service to rigorous definitions. He ends up chasing his tail around by introducing synonyms in lieu of definitions.

It turns out that what the non-physicist did was measure neither length nor distance. What he measured is distance-traveled: the distance the end of his measuring tape traveled from A to B (…or the number of predetermined tiles he placed between A and B, or the number of pre-established seconds his clock clocked between departure and arrival of the end of the tape). A non-physicist incongruously uses the words of Physics length and distance to refer to a measurement of distance-traveled.

In contrast, a physicist recognizes length, distance, and distance-traveled as three irreconcilable concepts:

length: continuous matter between the borders of an object

distance-traveled: movement of an object from one location to another; trajectory, itinerary.

The mysterious units of the gravitational constant G

A non-physicist robotically places in his equations the value followed by the enigmatic and complex units of the gravitational constant G: (kg m^3 / kg^2 s^2). He has no idea what this constant stands for because he is not thinking in physical terms (…or thinking at all for that matter)! He just memorizes the value for the test and parrots it verbatim like a mantra for the rest of his life.

In Physics, it’s a different matter altogether. In order to understand the physical significance of units of Big G, the first step is to factor out the mass of the hydrogen atom and the second step is to factor out the square of the speed of light. This enables the physicist to peer into the invisible nature of gravity: All hydrogen atoms are physically interconnected. In this model, light propagates along an extended physical mediator to all others and from all others back to the target atom. Light is a two-way mechanism: from one atom to all others and back: c^2! 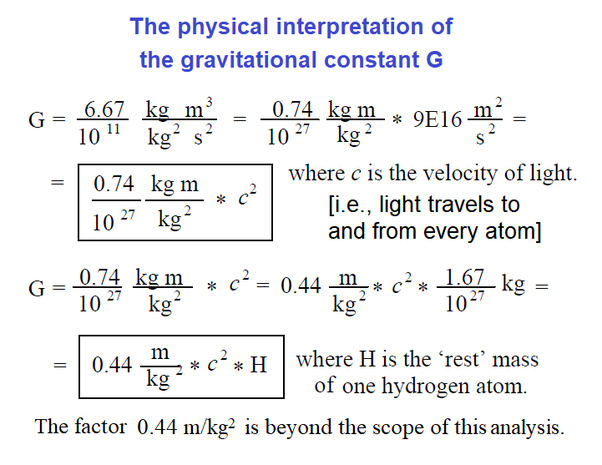 Nevertheless, it goes without saying that the only way to explain any action-at-a-distance phenomenon, whether entanglement, gravity, or something as plain as how to pull on a donkey, is by introducing an elongated mediator between the two objects in question. Otherwise, the non-physicist is in effect forcing spirits at gunpoint into that same intervening space! 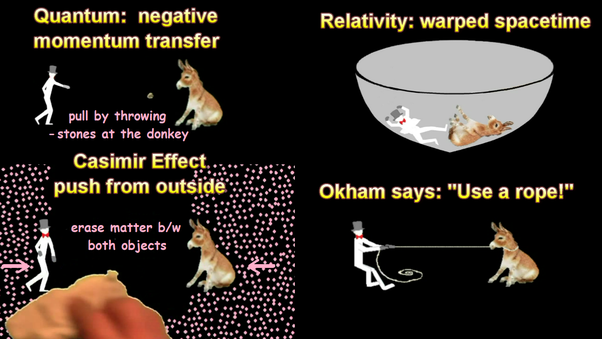 The gravitational constant G has not been justified for cosmic phenomena

Under the Rope Model of light, the gravitational constant G is definitely a universal constant because there is an underlying physical cause for it.

Non-physicists propose that the Sun weighs down an unimaginable 4-dimensional mathematical concept they call ‘spacetime’ and that curvature in this amusing 3-dimensional ‘fishnet’ – typically illustrated as a 2-dimensional projection – compels the Earth to roll around our star. But it gets more comical when these misguided fellows claim that spacetime curvature bends light. It is amusing first of all because the absent-minded abstracist claims that light is comprised of discrete beads he calls ‘photons’. Therefore, what he is actually trying to say in his contorted, unscientific way is that the photon marbles are deflected by the warped walls that form the cosmic fishnet. 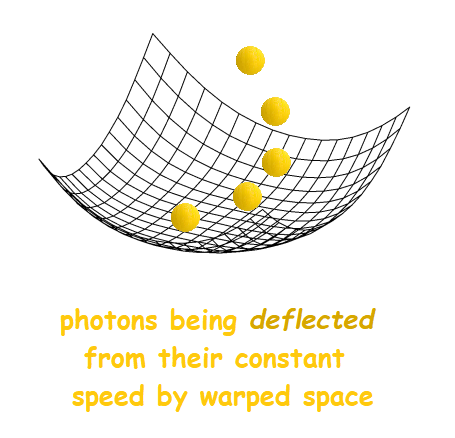 The 9.81 m/s^2 is an average value of the acceleration of gravity here on Earth. It was determined empirically. 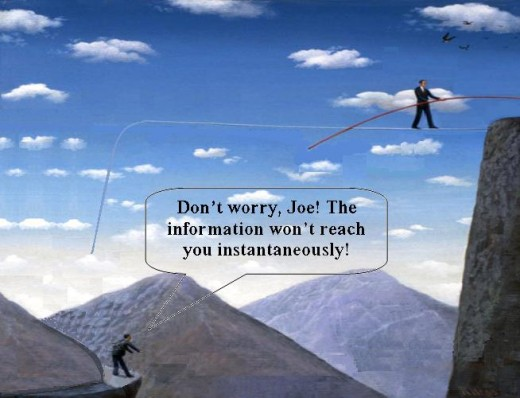 So rather than focusing on the precise value of the acceleration of gravity, it is more profitable for the intelligent mind to focus on the cause of gravity. That’s where grey matter really accelerates.